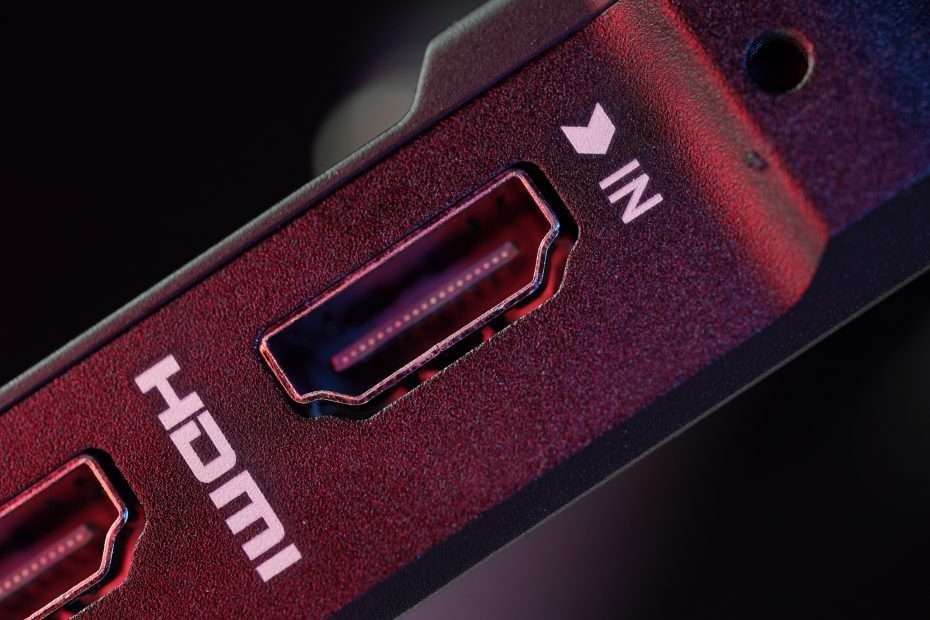 HDMI (High-Definition Multimedia Interface) is a compact audio/video connector that transmits high-definition video and audio over a single cable. It is commonly used to connect devices such as televisions, Blu-ray players, gaming consoles, and computers to displays, such as TVs and monitors. HDMI supports high-definition video up to 4K resolution and 8-channel audio, and is capable of transmitting both video and audio over the same cable, making it a popular choice for home theater systems.

HDMI was first released in 2002 by a group of major electronics manufacturers, including Sony, Panasonic, and Toshiba. The goal of HDMI was to create a universal audio/video connector that could replace the various connectors that were used at the time, such as VGA, S-Video, and component video. HDMI aimed to provide a single connection that could transmit high-definition video and audio over a single cable, making it easier to set up and use home theater systems. The first HDMI version 1.0, supported 1080i and 720p video resolutions, and 5.1-channel surround sound. Since then, HDMI has gone through several versions and updates, with HDMI 2.0 and HDMI 2.1 adding support for 4K and 8K video resolutions and higher refresh rates, as well as HDR (high dynamic range) and eARC (enhanced audio return channel)

The HDMI connector has become the standard for connecting devices to displays, and is used in a variety of products, including televisions, Blu-ray players, gaming consoles, computers, and many other devices. It is a widely used standard and is supported by most devices with video output capabilities.

HDMI (High-Definition Multimedia Interface) is a digital interface for transmitting video and audio data. It was first developed and released in 2002 by a group of leading consumer electronics companies, including Panasonic, Philips, Silicon Image, Sony, and Toshiba. The HDMI standard was designed to replace the multiple cables and connectors currently used for transmitting video and audio data, such as VGA, S-Video, and RCA. HDMI supports high-definition video and multichannel audio, and is now widely used in consumer electronics, including TVs, DVD players, gaming consoles, and computers.

HDMI has undergone several versions since its initial release in 2002. The main versions are:

It’s important to note that not all devices support the latest version of HDMI, and some devices may not support all features of a certain version. Therefore, it is important to check the specifications of your device to ensure compatibility before purchasing HDMI cables or devices.

Some advantages of HDMI connectors include:

Some disadvantages of HDMI connectors include: